Forex robots (EA) have become very popular ever since the MetaTrader 4 trading platform was released. The numerous commercial EA that available and frequent scams do not make it any easier to find a robot that genuinely works well.

To find an EA that fits your trading style and risk tolerance, you need to analyze various statistics such as maximum loss (drawdown), profit ratios, Consistency, and the risk-to-reward ratio.

Forex trading is very risky, you can lose all of your money even with a robot that displays good statistics. Before using a robot with a live(Real) trading account, you need to understand the financial risk that you can afford to take. The most profitable robots are usually also the riskiest ones. So you also should choose an Expert advisor based on your appetite for risk.

Before you invest your money, it is essential that you test the robot with a demo account and do a backtest with historical accurate market data. I highly recommend choosing a forex broker that allows you to trade micro-lots (cent account) to start real trading with minimum risk.

How do I find an EA’s statistics?

To avoid scams, don’t pick an EA that isn’t tested by an independent website. It is best to filter EAs by looking at stats on independent sites such as myfxbook. Even the results look great on these websites, past performance is no guarantee of future performance. Automated forex trading involves significant risk!

Robots don’t perform well in all types of markets (volatile, trending, range-trading). To obtain a good profit, it isn’t enough to simply choose the robot to show the best result. You also need to understand how it works in order to change the settings(optimize) according to the type of market you’re interested in and your risk tolerance.

That’s why you should first run EA on demo and optimize it. Simply saying Because EA did badly on the first day/first backtest; it doesn’t mean its trash. After a few more tests and optimization it could work better than ever. If your objective is to purchase a robot to let it run on its own without any supervision, you will most likely lose your money after a while. The perfect robot that runs well in every type of market does not exist!

The profit factor is one of the most important statistics. It allows you to answer an important question: will the robot make money?

The profit factor is important because it shows the relationship between profit and risk. A robot that is profitable – but risks all of the money in your account – is not ideal.

To calculate the profit factor:

A robot that makes money is no good if it takes too much risk on each trade. Drawdown is a very important indicator of risk. It shows the percentage of maximum loss recorded since the last high point. This can give you an idea of the potential drop in your account when the robot is in trouble.

The first step to analyze drawdown is to look at an equity curve chart. A rising curve indicates that the robot is profitable, but if the curve is rather agitated with frequent and large peaks and troughs, the robot is very volatile. A volatile robot will most likely have a high drawdown and pose a greater risk. You can therefore quickly filter the robots by selecting charts that display a smooth equity curve.

Maximum drawdown Simply shows the maximum loss since the last high point. For example, a 50% drawdown means that at some point the robot lost 50% of the account value from its highest point. For example, if you opened a trading account with £10,000 and started to use this EA at the wrong time (just before the drawdown), you would have been subjected to a 50% loss of your capital from the start!

The average drawdown compares the EA’s various drawdown amounts. For example, let’s say that the expert advisor had 3 drawdowns, the first 10%, the second 4%, and the third 12%. To calculate the average drawdown, you just need to add the three drawdowns and divide by three (10% + 4% + 12%) / 3 = 8.7%. The average drawdown is interesting to look at because it gives you an idea of what you can expect to lose during a drawdown period, while the maximum drawdown showed you the worst case.

Drawdown recovery is an indicator that measures the speed with which a trading system emerges from a period of drawdown (in time or in a number of trades). As you can imagine, it is best to choose an EA that is able to quickly return to positive territory after a loss. However, a less volatile (and less risky) robot will recover from a drawdown slowly and steadily, unlike a riskier robot.

This is pretty much self-explanatory.

The risk-reward ratio indicates an EA appetite for risk. An Expert Advisor that uses a 5-pip take profit and a 40-pip stop loss have a risk-reward ratio of 8:1. It, therefore, needs a success rate of at least 89% to be profitable.

How much risk-reward ratio matter change depends on the EA strategy so take it with a grain of salt.

Some EAs on the market – especially the ones that scalp – have a risk-reward ratio of 15:1 and higher, which indicates that it uses a very risky strategy. A high risk-reward ratio does not necessarily mean that the EA does not make money. An Expert Advisor with a 95% success rate will still be profitable with a 15:1 risk-reward ratio, but if that rate drops to 93%, the EA will lose.

Most EAs feature options that allow you to manage risk by adjusting the maximum SL and TP, which allows you to improve the risk-reward ratio. However, you need to make backtests before changing the settings to see if the changes do not affect the strategy.

Use these Simple Guidelines to Boost Forex Profit

Life Lessons You Can Learn From Forex Trading

Why People Use Forex Robots

Use these Simple Guidelines to Boost Forex Profit 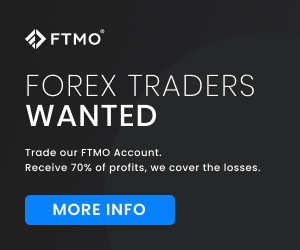